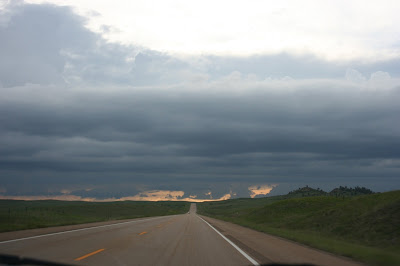 On May 31st, 2015 we packed our little Toyota Corolla full of camping gear, clothes, cameras, presentation gear, and of course, ourselves and set off on a two-month long journey to the furthest western regions of the lower 48 and British Columbia. Over the 62 day long tour the odometer of our car increased by some 9,300 miles (15,024 km), to destinations entirely unfamiliar to us except what we’d seen in magazines and on television. We met with the wonderful hospitality of hosts who would provide us 27 nights of comfortable rest in their homes, and we’d spend 18 nights camping outdoors and 16 nights in hotel rooms thanks to either the generosity of the Cumberland Museum and the Sierra Club or due to extenuating circumstances concerning the weather. But many people have asked us  “Why the Pacific Northwest? Why so far away from home?”

It was indeed a question we asked ourselves many times. Last year, the Breaking Clean Tour focused on traveling around the eastern half of the United States sharing our family’s story in order to raise awareness about mountain top removal coal mining (mtr). Sometimes we’d have a specific ask to write congressional representatives and support various bills that would stop mtr. But many of those people were already working on their own issues, spending their time dealing with the problems most immediate to their communities. It gave us a great deal to think about over the next school year, and through our courses, we realized the need to connect all issues and find the focal points that best achieve all of our goals.


Having heard through social media about the proposed coal export terminals along the west coast, we became intrigued with the activism taking place there and thought that perhaps our story could aid people in seeing the broader issues of coal. As we made our way across the country, we saw several coal trains heading back and forth to the Powder River Basin in Wyoming and Montana, each symbolizing the destruction that had occurred to mine it and the pollution that would be released when it would be burned at its final destination. To see and understand this—to connect the issues as we have—bares with it a strong dose of realism as well as resolve in fighting against the injustices we are bestowing upon coming generations.

Our journey truly began in Colstrip, Montana where such resolve was steeled when we were honored to speak out against the Tongue River Railroad that would open up mining in the Otter Creek area. Lending our voice to people of the Northern Cheyenne Nation and local ranchers in Montana started a new chapter for us, forging connections that needed to be forged.


I spoke to our own experiences and the truth about “job creation” and the “economic benefits” coal mining companies often tout. I tried to relate that impacts to the land and people would not be worth the few years of employment the mining operations would give, and that the mine would not just effect the people living in southern Montana. It would affect people from the mine all the way to the Pacific Ocean and beyond.

While we had a vague understanding of what we hoped to accomplish with our tour, this moment and others forged what would be the overall purpose of the tour—to help people make connections and begin looking at a bigger picture.


As we shared our history and struggles with people, we asked our audiences to think about what they were fighting against, whether it be coal trains, export terminals, power plants, or even pipelines, and to then think of  how they would be helping more than just those living in their own backyards. This message was broadened even further to asking people to think about all environmental issues and their cultural causes.


Making connections between what we have, what we need, and all the issues we face is the only truly effective means of positively affecting the future. From the ranchers and First Nations people in Montana to people living on Vancouver and Denman Islands to those living near Surrey, British Columbia, Bellingham, Seattle, and Longview, Washington, Portland, Oregon and all along the way, we each have understandings and lessons that must be shared.


The 2015 tour is now over and we have much to remember and consider as we enter into our final year of college. Venturing forth we are left with the question of what to do next. We certainly hope to continue this mission in whatever form it may take, reaching larger audiences at institutions of higher learning perhaps. Whatever does happen, we hope to continue to make connections between people, the resources they choose to use, and the necessity for us to all break clean from a terrible future.
This tour could not have been accomplished without the help and contribution of so many people.

And our countless donors who without your financial assistance, we would have never been able to complete this tour!!!!

Thank you all!
The Mullins Family
Posted by Nick Mullins at 8:27 AM